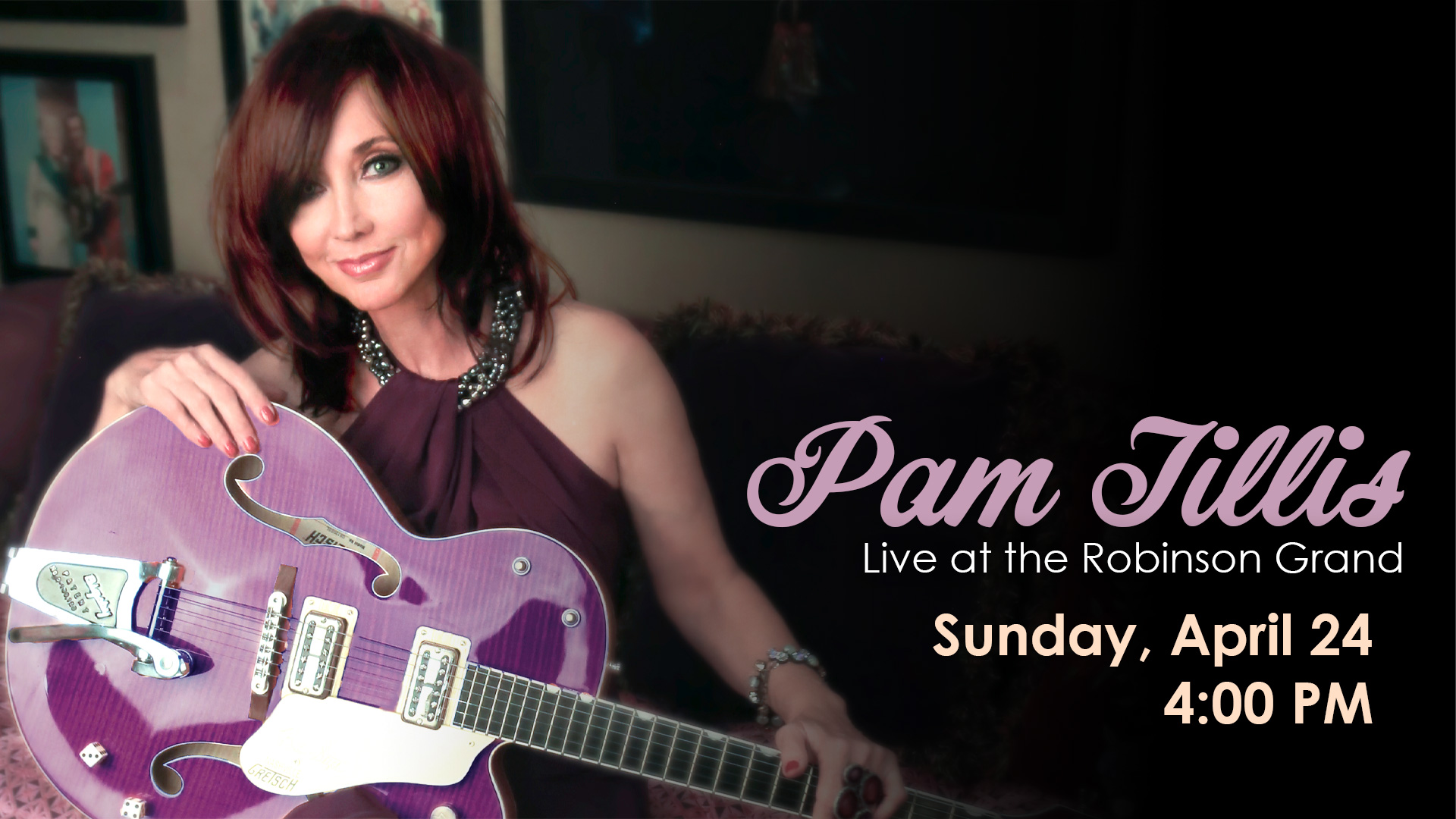 Pam Tillis at the Robinson Grand 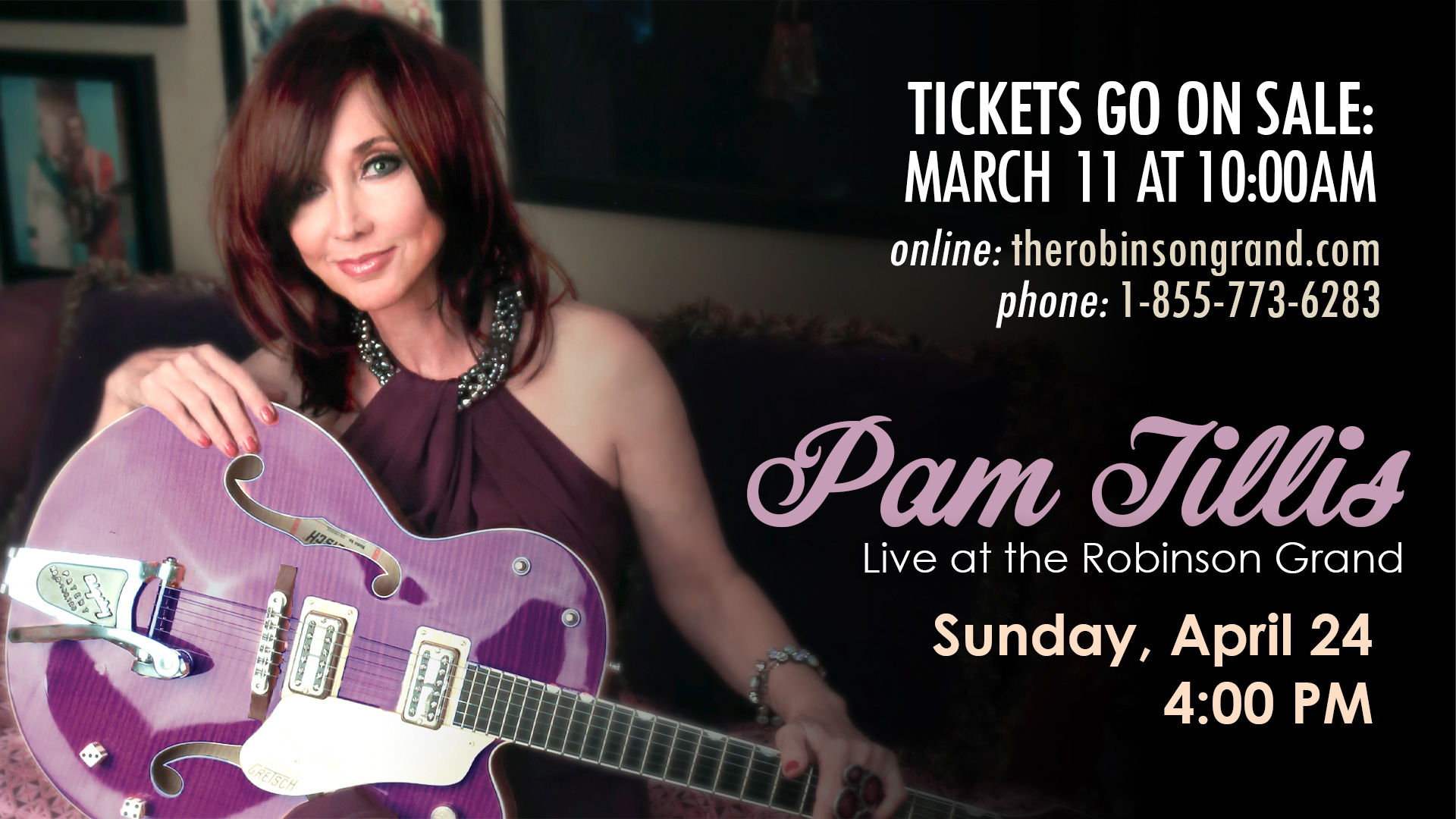 Pam Tillis, the child of country music royalty, is now in the third decade of an incredible career as a singer and a songwriter. With 6 number one hits and 14 top ten singles, Pam knows all about breaking the platinum barrier. With more than 30 singles charting on the U.S. Billboard charts and selling more than 7 million copies of her studio albums, Pam’s critical acclaim has not diminished.

“Somedays it feels like I was raised on 90s country music,” said Jason A Young, the Robinson Grand’s consulting program manager. “Pam Tillis’ soulful voice is as familiar to me as family, and I simply cannot believe she is coming to Clarksburg.”

A three-time CMA award winner, including the prestigious 1994’s Female Vocalist of the Year Award, Pam has been nominated multiple times for Grammy’s Best Female Country Vocal Performance: in 1993 for “Maybe It Was Memphis,” in 1996 for “Mi Vida Loca,” and in 1998 for “All the Good Ones Are Gone.” Pam is also a nine-time Academy of Country Music Award nominee, a two-time Grammy Award winner, and a six-time Grammy nominee.

Whether it’s on the elaborate stages of the Grand Ole Opry, the intimate setting of Nashville’s Bluebird Café, or enveloped in the historic beauty of the Robinson Grand Performing Arts Center, audiences always experience the overwhelming feeling of delight that comes from Pam Tillis’ singing.

“Our Pam Tillis show in April is going to feature an intimate acoustic trio performing some of her greatest hits,” said Young. “This concert fits nicely into a spring at the Robinson Grand that is filled with country and bluegrass legends like The Oak Ridge Boys and Ricky Skaggs.”

The Robinson Grand Performing Arts Center is one of West Virginia's premier performance venues. A recent $15 million renovation has transformed our beautiful historic local theater into one of the state's most spectacular small theater destinations in which to experience an event. Preserving the distinct historical charm of the 1913 theater, the Robinson Grand boasts the most modern updates and conveniences of any local performance venue. The comfortable 1000-seat size of the theater makes every seat feel intimately connected with the onstage performance.