An Acoustic Evening with John Anderson 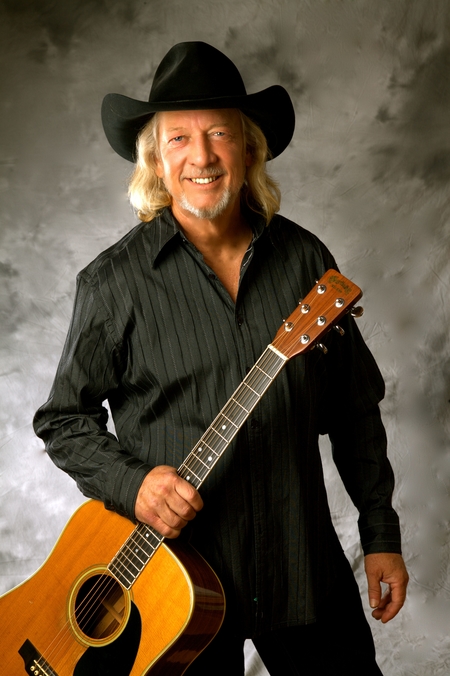 To put it simply, John Anderson is one of the greatest country music singers to ever step up to the microphone, possessing one of the most instantly recognizable vocal instruments in the history of the genre.

On his latest album Goldmine, released on his own Bayou Boys label, Anderson has completed a long overdue record of original songs. The award-winning songwriter wrote or co-wrote 12 of the album's 13 tracks. That will bring joy to the hearts of some of the most devoted fans in country music. Goldmine is also a record that, given the current state if contemporary country, could, like Cash and Haggard before him, find a home amid lovers of authentic music of any genre. Though he would never compare himself to his heroes, the fact is, John Anderson is now the standard bearer for traditional country music, of the 100 Proof variety.

Raised in Apopka, Fla., Anderson was exposed to both rock and traditional country growing up and, as incendiary rock outfits like Tom Petty and the Heartbreakers and Lynyrd Skynyrd honed their chops around him, learned to love (and play) both types of music. But Anderson resisted the call of rock 'n roll, electing rather to pursue his country music dreams. It was the traditional country ballads that lured him in and changes music history, songs like Porter Waggoner's "Green, Green Grass of Home." "I loved those type of ballads," Anderson says, "to the point I didn't want to get away from it.

Anderson moved to Nashville in 1972, working contruction by day (including as a roofer at the Grand Ole Opry House) and playing the honky-tonks at night. He signed to Warner Bros. in 1977, and notching his first major hit in 1980 with Billy Jo Shaver's "I'm Just an Old Chunk of Coal (But I'm Gonna Be a Diamond Someday)." Other hits, including the classic "Wild and Blue" in 1982, solidified his status as a powerful new voice in country music. "Swingin'," written by Anderson and Lionel Delmore, blew the roof off a year later, exploding to No.1 on the Billboard Country chart, propelling Anderson to the CMA Horizon Award, and becoming one of the most enduring hits in the country canon.

Anderson plowed through the ebbs and flows of country music (and the country music business) throughout the '80s, and in the early 1990s engineered one of the greatest "comeback" runs (he never really left) in the history of the genre. Seminole Wind, released on BNA, produced hit singles in "Straight Tequila Night," "When It Comes To You," "Money in the Bank," and the stirring title cut. The latter would have never been released had Anderson not stuck to his guns, a familiar refrain throughout his career as the artist has wound his way through virtually all of Nashville's major labels.

No such clashed occurred in creating Goldmine, an album cut with the artist in complete control. Produced by Anderson with longtime collaborator Joe Spivey, Goldmine is an artist achievement, recorded the way the singer intended. "With Goldmine, I thought, first off, I'm going to take my songs into the studio and make a record like I think it ought to be made, without all those other influences," he

says. "I really don't need a lot of help to make a John Anderson record, and this record pretty much proces that. In fact, I'm more pleased with the sound of this record than I have been in a long time.

It's easy to see why. Goldmine has generous helpings of everything John Anderson does well and he does a lot of things very well. The record has it all: a swampy cautionary anthem in the crowd-rousing "Freedom Isn't Free," rollicking mid-tempos like the roadhouse boogie (and Merle Haggard-penned) "Magic Mama," "I Work A Lot Better," and the hook-laden title cut. Deeply moving ballads in the traditional country style in "Back Home," and "I Will Cross O'er the River." And an abundance of romance in the haunting "Happily Ever After," and, in contemplative tribute to fans, "You All Are Beautiful."

Then ther are the indefinable, compelling set pieces that only John Anderson could deliever. "Louisiana Son of a Beast," with its swagger, swamp cats and wild hogs, is an exercise in backwoods mythology. "Holdin' On" is a regret-drenched ballad in the vein of "I just Came Home to Count the Memories." The wistful "On and On and On...," builds a panoramic musical soundscape.

Beyond the inspired vocals and ambitions songwriting (Anderson was inducted to the Nashville Songwriters Hall of Fame on Oct. 5, 2014), the singer credits his handpicked studio musicians with the tasteful authenticity of Goldmine, which boasts a musicality light years from the over-produced bombast frequently found on contemporary country airwaves. "It’s all about knowing the right guys to call, and most all of the guys that played on this record are old friends, aside from being great musicians," Anderson says, adding that he’s not keen on having the studio players take their cues from demos or scratch vocals. Instead, Anderson plays the song live in the studio and lets the pickers do what they do.

"For the most part, all my bigger records have been cut that way," he explains. "I don’t want a fully-orchestrated demo trying to tell these guys what to do, all they get out of that is the interpretation of what some others guys have played. Why would you call your favorite players in the world and try to tell them to play like so-and-so played on the demo? I think that would be very foolish, myself. I want that record to be about that song. I play it just how I want it, and then me and Joe would figure out who would take the solos and the fills." The end result, "is the real [thing], Anderson decrees. "Creativity as it happens." Which is the best way to experience John Anderson: un-distilled, the way he has historically been able to cut records "only when I could get away with it," he says, "and then all of a sudden we need more direction. Through 40 years, I’ll say this, I did my best work when I wasn’t directed or ‘helped’ by anybody else. The records show. I mean they really show."

Despite his music biz travails, Anderson, who has made his home in Smithville, TN, for more than 30 years, is far from a bitter man. Rather, he feels more than blessed, and subscribes to the mentality expressed in Goldmine’s compelling "Don’t forget to Thank the Lord."

"I’m real lucky that songs like ‘Swingin’ or ‘Seminole Wind’ ever even got on the record or were released as singles, and the people that were working with me at the time could tell you that’s true," he says, recalling epic studio battles fought, "strictly over the music and the songs. It wasn’t because I was an ass or an addict or nothing else. Strictly over the music. And if it ever comes up again, I’ll still fight like hell for the music. The difference is, now I can fight with myself. So it’s becoming quite the short fight."

Perhaps, and a long, storied journey. In a Country Music Hall of Fame-worthy career that has produced 23 albums, more than 60 singles (20 reaching the Top 10), and a wealth of industry awards, Goldmine proves that there’s still a lot of gold in John Anderson. Now, two decades past the dizzying heights of Seminole Wind, Anderson’s motivations have shifted fully from commercial aspirations to unimpeded artistic integrity. "At this point, it’s just for me and the fans," he says. "A best-case scenario for me is that the fans that have loved our music and have supported us for many years, if they know Goldmine is

out there and can get it, I’ll be happy." Anderson knows in his heart that fans of traditional country music "could use a record like this really bad right now," he asserts. "People ask what’s happened to country music, well, nothing’s happened to it. It’s just being overshadowed by ‘bro country’ right now. I’m just glad they found a name for it."

An unrepentant road dog, Anderson’s touring career has never wavered, as he and his crack band play to packed houses filled with "the most loyal fans anybody ever have, and I do indeed appreciate them supporting our music for all these years," he says. "Their love of the music, has only gotten better." He adds that it’s still a thrill when he hears the words, "Ladies and gentlemen, John Anderson," and marvels that, more often than not, the crowds stands up and cheer on just those words. "That’s something in my younger days I never really dreamed I’d see," he says with a laugh, "a standing ovation before ever you ever open your mouth. Man, sometimes you just want to wave and smile real big, ‘thank you very much, I don’t guess we can beat that. That was great, God bless, and thank you, have a good evening!’"

In short, though the creative fires still burn, John Anderson is a satisfied man, confident in his art, as evidenced in the power of Goldmine, a record done on his terms. "All those people I fought with over the music, most of them are dead now, or retired, they don’t even have nothing to do with music now," he says. "I’m still plowing away, man, and I love it."
John Anderson will give fans an intimate glimpse into his country origins as he performs some of his biggest hits including "Swingin'" and "Seminole Wind." Audiences can expect a soul-rousing and toe-tapping performance with his special blend of roots-influenced music and edgy Americana country. Special guest opener, Kylie Frey, is coming off a big splash on USA Network’s ‘Real Country’ music reality TV show where Frey was hand-picked by her idol, Shania Twain, to compete in the first season in the fall of 2018.
TICKETS GO ON SALE FRIDAY, MAY 10th at 10:00am EST. 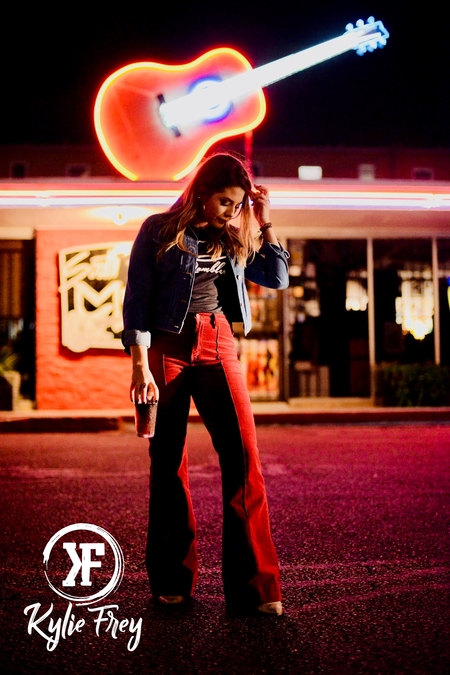 A former rodeo queen with multiple championships, Kylie Frey had a passion for music at a young age. When she was in kindergarten, she dressed up as Shania Twain for career day and never looked back. Frey has a nationally recognized single, “Too Bad,” featuring Randy Rogers and produced by the Grammy, CMA, and ACM Award winning Paul Worley, and her debut album included two Top 10’s and her first #1, “Rodeo Man,” on Texas Regional Radio Report Charts.